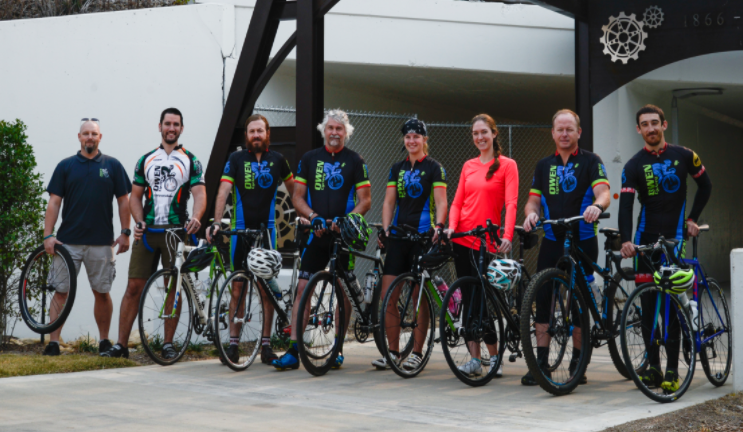 The Owen Cyclery story begins in 1967 with Tom Owen's founding of the Chattanooga Bicycle Club.  Committed to the growth of cycling and bike safety education, the CBC became a permanent fixture in the Chattanooga community, organizing club rides and annual events like 3 State 3 Mountain and the Sequatchie Valley Century.

The 1970's dawned to find Mr. Tom Owen, motorcyclist and mechanic, working in a Go Kart shed. Finding that he could bring happiness to two-wheeled thrill seekers of all persuasions, Mr. Owen commenced his pursuit of the bicycle business. He opened Owen Cyclery in 1973.

After years of faithful service to the cycling community, Mr. Owen retired, passing his name, shop, and reputation on to his dedicated employees, Erik Hunt and Brian Lowery. The aptly named "Gods of Grease" enthusiastically took the reins in 2002. At a time of economic recession, Hunt and Lowery were determined to keep the Hixson landmark open and thriving. Today, Owen Cyclery succeeds in bringing superior bicycle service to the area.

Over the years, the shop has worn many hats and earned exemplary titles based on selfless acts of cycling service. When the 911 Firefighters rode through Chattanooga, the shop guys became Monks of Maintenance; when races needed support they became Hydration Heroes; and daily, in every interaction, their eyes are open for opportunities to meet the needs of their community. Be it providing bikes for underpriviledged kids, gathering forces for blood drives, or turning a wrench for free, the cast of Owen Cyclery keeps an attitude of giving and gratitude.